On March 27, 2012, Cathedral High School announced Coach Middlebrooks would guide the program into the future.

Over his two seasons as head coach, Middlebrooks has transformed the Phantoms into a Top 20 ranked program in the State of California with a 2-year overall record of 39-14, including 18-2 in Camino Real League play. Considering the program went 13-40 the 2 seasons prior to Middlebrooks’ arrival and has never been ranked in the State in the school’s 88-year history, this is an unbelievable feat.

2013-14 marked a historical 24-6 campaign with the program being ranked as high as #20 in the State, #22 MaxPreps SoCal, #15 LA Times and #1 in Division 3A by SCIBCA. The Phantoms state playoff run took them to the Regional Semifinals, losing in an overtime thriller, while picking up two 30+ point wins in the process. Cathedral was selected by CIFSS for the inaugural Open Division Playoff bracket, a double elimination playoff format featuring the Top 16 teams in the CIF Southern Section. The Phantoms defeated their archrival Cantwell Sacred Heart twice in league play. These were big games as Cantwell was ranked Top 20 in the State at the time of both contests. The Phantoms won the Camino Real League with a 10-0 record. Cathedral also won the 2014 Huntington Park New Year Tournament with an impressive 20-point win over perennial power LA Fairfax. In 29 of the 30 games, the Phantoms had the lead in the 4th quarter.

Middlebrooks led the 2012-13 Phantoms basketball program in his 1st season to a regular season record of 15-8, a complete turn-around for the program that went 6-20 during the 2011-12 campaign, 7 -20 during the 2010-11 season and finished tied for last place in the league 2 consecutive seasons. The 2012-13 Phantoms won 10 of their last 12 games, finished 2nd in the Camino Real League and advanced to the Quarterfinals of the CIF-Southern Section playoffs (Elite 8). Middlebrooks grew his career winning percentage to .700 (21-9) in the playoffs and .730 (46-17) in league competition.

Under the coaching guidance of Middlebrooks, the 2012-13 Cathedral Phantoms had a McDonald’s All-American nominee, 1st Team All-CIF selection, 2nd Team All-CIF selection, 3 - 1st Team All-League selections and 3 - 2nd Team All-League selections. 2 of the 3 seniors in the Varsity starting line-up will go on to play college basketball. Josh Brown signed with UTEP (NCAA Division 1) and Rob White received an offer to play for the University of Dallas (NCAA Division 3).

Middlebrooks also led his teams to success off the court and in the classroom, as his Fighting Frogs achieved a team GPA of 3.7 and produced 2 Valedictorians & 1 Salutatorian during his 7 years tenure.

Middlebrooks holds a 156-103 (.602) overall career record in his 9 years as a head coach, highlighted by a CIF Championship in 2010, 3 CIF Championship game appearances, three 20+ win seasons and 2 trips to the State Regional Semifinals.

At conclusion of the 2013-14 season, Middlebrooks said “I am very pleased with our progress. In two seasons we have achieved Top 20 status in the State of California as a basketball program on the court. But more importantly in the classroom we moved from 1 to 15 honor roll students on our roster. This is a tribute to the hard working educators at Cathedral, along with members of my basketball staff that have worked tirelessly to find new ways and resources to provide educational support to our student-athletes. We have also had more families begin to buy in to our new culture. As I have always expressed, there are no short cuts to success. While we have not achieved producing a valedictorian or salutatorian as of yet, I think we are now on the right road and can look to build on a solid foundation.” 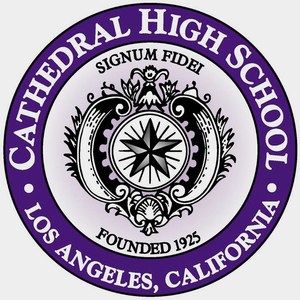 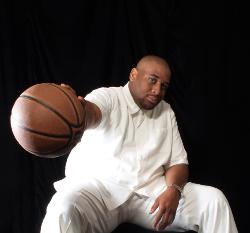