What is Lasallian Youth?
Lasallian Youth derives its name from St. John Baptist de La Salle, the founder of the Christian Brothers. De La Salle was a priest from a wealthy family in 17th century France. He actively lived his life in response to God's will. This led him to train teachers, to form a new religious congregation, to renounce his wealth in favor of the poor, and to start a system of schools which revolutionized the education of youth at that time. Lasallian schools brought the poor and working class together in the same classroom where the teachers were seen as ministers of Jesus Christ who touched the hearts and minds of the students.
In this tradition, along with De La Salle's principles of community concern for others and strong guiding faith, Lasallian schools educate young people today. It is in response to this heritage that Lasallian Youth exists, to encourage faith, service and community.
Lasallian Youth began in the United States in 1987 after a group of U.S. high school students attended an international Lasallian Youth gathering in Canada. The enthusiastic U.S. students, so deeply affected by their experience, began Lasallian Youth in the summer of 1988. Because of the experience of this initial group, youth from all over the U.S. were moved to continue the Lasallian experience. In the following years. Lasallian Youth has become a national movement, involving hundreds of young people who gather regularly as a community to reflect on their experience of service, faith and justice in the light of the Gospel and the story of St. John Baptist de La Salle.
(Summarized from the Lasallian Youth Manual)
Lasallian Youth are seeking an understanding of themselves and the world. They search for understanding through activities of faith, service, and community. They are interested in learning about justice and discovering the reasons for so much injustice in the world around them. Lasallian Youth understand that self-discovery and self-understanding begin in a community of acceptance. It grows in service to others and flowers in the light of faith.
“The Spirit of God Will lead you where you did not plan to go.” -from the Meditation of De La Salle
What do Lasallian Youth Do?
Lasallian Youth try to live out the ideals of St. John Baptist de La Salle: Faith, Service & Community. To do this, they attempt to explore their faith as young adult Christians through service and reflection. They serve the needs of their community by volunteering to work in soup kitchens, parishes, tutoring and recreation programs, transitional housing, residences for the elderly, teen drop-in centers, and other programs that assist those who would otherwise be neglected. Lasallian Youth also builds a community of concern and friendship among themselves and others through regular meetings, monthly gatherings and social activities.
Christian Brothers Conference. " Who Are Lasallian Youth?" 2003 Christian Brothers Conference. Online. Internet. September 17, 2005 http://db.cbconf.org/shareware.nsf/pages/lymwhoyouth 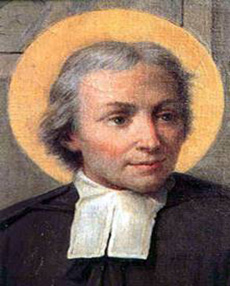 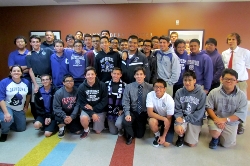